The System has been Gamed by the Marxists The Marxist machine knew exactly when to break into the Capitol to stop the election process. HG Goerner explains how the election system has been gamed.

All right, everybody, HG for EPAC, please go to preservingamericaepac.com. Our documentary “America on the Precipice” officially airs on our website, PreservingAmericaEpac.com on October 9.

This is video number two about the Ray Epps’s January 6 debacle. I want to make a clarification. I do not claim to be the smartest guy in the room, but I have folks on our team here at EPAC from across the country that we speak basically on a weekly basis, if not a day to day basis, depending on the situation. And these people are scholars. I am not. I’ve authored a book. I wouldn’t consider myself a scholar, but I am educated.

And the January 6 debacle, an “insurrection”. The term insurrection means a successful coup d’etat or overthrow of a government. The Marxist in this country and in our government, and there’s just a handful in our government of Marxists, they’re causing most of the grief, okay? They’re getting most of the attention. And then you have the Mainstream Marxist Media–it used to be the mainstream media, I call them the Mainstream Marxist Media that are giving these people the voice. The mainstream media has now turned into a Marxist media that is a propaganda outlet for the Marxists.

But more importantly, this insurrection was not an insurrection at all. Not at all. Donald Trump has the right to object if he sees or the people or he primarily smells or suspects that there was a problem with the federal election for presidents. He has that right. Now, I want folks to understand there is a process that Vice President Pence has to go through. And just follow me here.

Vice President Pence will open the Joint session of Congress to count the electoral votes. What he has to do by law is ask for objections. Does anyone object to the electoral count of a particular state or in general, whatever. If someone objects, then he has to ask for a second. And this is precisely what happened on January 6, 2021.

Senator Hawley stood up and Senator Ted Cruz actually seconded the motion. The objection at that time, and we have to remember the timing. Right then, basically, the two men go to an anti-room and they can begin a debate on basically the qualifications or the specifications of the electoral vote count. They are objecting to it. If this debate upholds basically the objection, then Pence will call for a vote.

Right then. Actually, we’re going to backtrack just a little bit here. About the time that the debate began, Ray Epps knew, according to the schedule, what time the joint session was going to be opened. He was critical in this. And at the particular time, we don’t know if he was actually getting communications or whatever, but he already knew the time to break into the Capitol.

Then there would have been an investigation. Everything would have stopped once the ten senators voted. But because the Marxist machine broke in, everyone scattered at that time. Eight or nine hours later, they came back and four senators basically lost heart. They said, we don’t want to go through this again.

They’ve never been subjected to this. This was scary for them. They lost heart. All you had was six senators to vote, and that was not enough. There is a resolution or a law being presented by Senator Collins and various other people to add senators and people and complicate the objection process even more with more votes that are needed to virtually make it harder to object to the election vote or the electoral count vote.

This is the most important thing I can say about this process.

Why did we go through all this? Because everybody on the planet and everybody here in America knows that the elections, our election system stinks. Something smells about it.

In our documentary, we do a short dive, I guess a short, deep dive into how the system has been gamed. More importantly, these people–the marxists, well, many of these people putting up the new law or the new resolution to make it more difficult to object to electoral vote counting process, objection process, they’re doing it, basically. They don’t want this to happen again. But, folks, it’s got to be happening again if we cannot get our election system back on track. At EPAC, our team investigated why the election system is broken.

I wouldn’t say it’s broken. It’s worked, but not up until just in the last decade. In our documentary, I’ve talked with experts in the field of election integrity and election fraud. Ladies and gentlemen, this system has been gamed. How has it been gamed?

I want you to go to the documentary and watch it. We explain in there. I think everybody knows that. Well, is it citizens or what? Ladies and gentlemen, there is not necessarily widespread fraud.

To echo retired Attorney General William Barr’s take on it or stance on it. There is not any really widespread fraud across the nation. What has happened is the system has been gamed by the Marxist machine and thousands and thousands and thousands of nonprofits organizations in this country that have been going around the country for well over a decade and registering people to vote regardless if they’re a citizen or not, I’m going to let the cat out of the bag right now. What the heck? And I think most everybody knows this.

Over the last decade, the Marxist machine has been registering people. And in just the last eight years, or 9 to 10 years, over 45 million people have been put on the registration roles, the voter rolls. That’s more people who’ve been registered to vote than have been in the last 40 years, guarantee you. The system has been gamed. And the people that are registering people in this country in mass by the train load, they don’t care about the rule of law.

These nonprofits, these 501(c)3;s and 401(c)3’s are not intended, are not supposed to try to or legally work to influence our elections. The elections must be left alone by any and all organizations. More importantly, these organizations have been going across the country for well over a decade registering people to vote, and they don’t care if you’re a citizen or not. I’m going to make this statement. The system has been gamed.

The Marxist machine in this country that registered all these people, the “80 million votes” that Joe Biden got. Now, I want to make this very clear before I say this. We don’t want to overturn the 2020 election. My goal here is to show that the system has been gamed. Of the 80 million votes that Joe Biden got, our team looked into this very deep.

It’s been gamed. So, having said that, the January 6 election, the January 6 insurrection is well, it’s all orchestrated by the Marxist machine. The Donald Trump supporters were going down there just to object and let the senators hear that they support them because they were going to object to the electoral vote count. And the Marxists screwed the whole thing up because they had to. If no one didn’t break into the Capitol and the objection vote would have gone through, Donald Trump would stay in power in the White House during the entire length of the investigation.

If it took six weeks, six months, or two or three years, he would stay in the White House to maintain and keep the continuity of government. Joe Biden, the contender for the presidency, would be put in limbo, and our good friend Nancy Pelosi would have lost her everloving mind.

Let’s see if we can turn several of our states red. Our goal at EPAC is to restore the public trust. When our voice has been stolen, the public trust goes right out the window. We must get our voice back. Hashtag ROV hashtag Reclaim Our Voice in our documentary.

You can go to a link on our website. If you go to a specific link, we will show how we can get our voice back. It’s got to take a little bit of effort. Ladies and gentlemen, let me leave you with this. With citizenship comes responsibilities and it’s not that difficult.

But help us. Let’s help us ourselves. Let’s get our voice back. God bless everybody. We’ll catch you on the flip side. 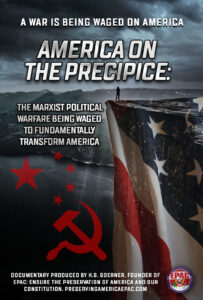 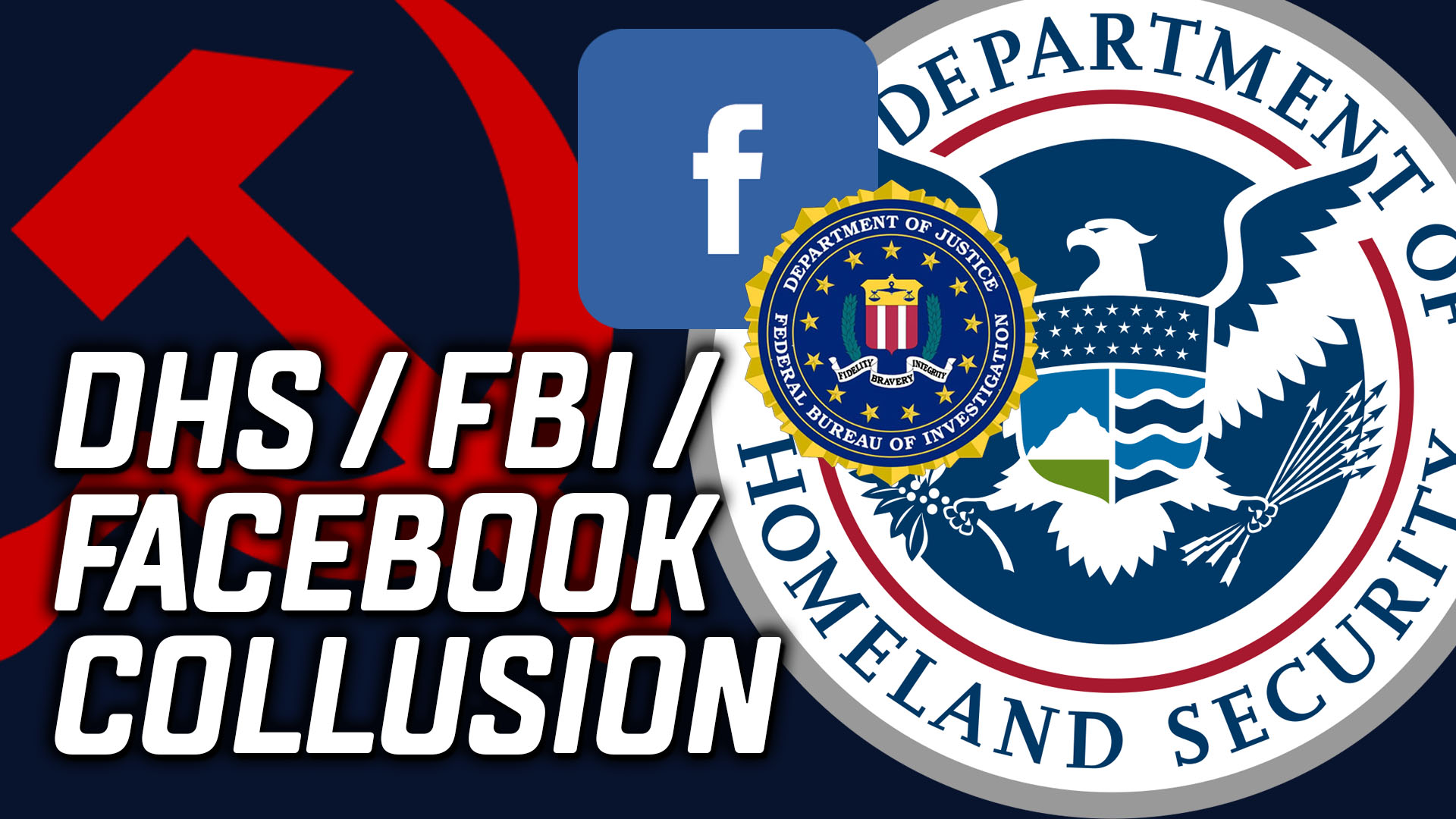